Members of the Joint Organization of the Petroleum Exporting Countries or OPEC/Non-OPEC Ministerial Monitoring Committee met in Vienna Friday to review scenarios to be considered at future meetings, including its production cut agreement, which expires in March 2018. 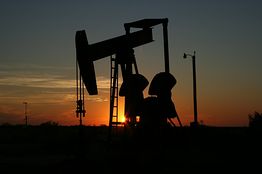 The group will be considering extending cuts, but aren’t expected to make a specific recommendation.

Goldman Sachs‘ Damien Courvalin, in a note published yesterday, wrote that the meeting will likely be focused on compliance. Compliance to production cuts reached new highs of 110% in August, which has helped ease inventory excess. Courvalin stayed his year-end Brent forecast of $58 per barrel based on “current strong fundamentals.” He says:

The progress made in the rebalancing suggests that it is in OPEC’s incentive to wait before committing to an extension of the cuts. In particular, we continue to view that while the decision to cut production to normalize inventories was rational, this strategy should be followed by a gradual increase in production to capture increasing market share and revenues in 2018. While too low a level of inventories would initially support prices with shale’s growing pains delaying its supply response, it would nonetheless incentivize more investments by other producers and would undermine OPEC’s goal of sustainably growing market share and revenues in our view.